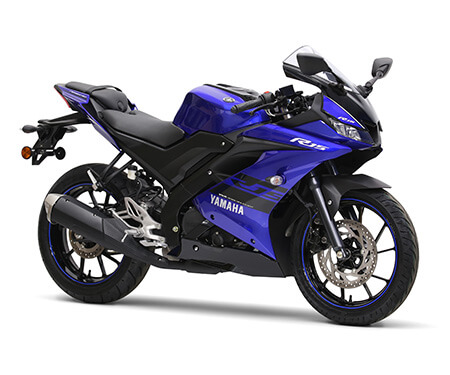 The entry level R15 now comes with a bigger 155 cc, liquid-cooled engine that runs a higher compression ratio for increased power. Plus new Variable Valve Actuation for improved low end torque as well as top end grunt. The new chassis is sharper steering and the new bike runs a slipper clutch for smoother gear changes under hard downshifts.
R15 still sips the fuel at a miserly rate but now punches even harder above its light weight.

Rideaway Price
$ 4999
Ride away price is based on the manufacturer's recommended retail price (MRRP) for a private buyer, 12 months registration, 12 months CTP, stamp duty and recommended dealer delivery fee. For non-road registerable models, ready to ride price includes the MRRP and dealer delivery fee. Actual ride away / ready to ride price may differ depending on choice of dealer and individual circumstances. Contact your local Yamaha dealer to confirm pricing. Yamaha reserves the right to vary the ride away / ready to ride price at any time.
Secure yours today 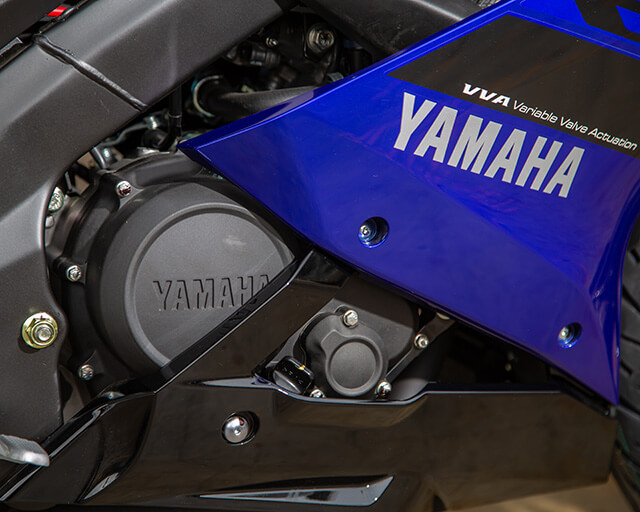 The engine also features a lightweight forged aluminium piston with DiASil coated cylinder wall, larger diameter intake and exhaust ports, upgraded fuelling, a 5.5 litre air cleaner that's 60 percent larger than the outgoing engine, an assist and slipper clutch and a new muffler with a three-stage expansion chamber. In addition to the extra power produced, the new engine is also more economical on fuel, delivering in excess of 450km from a single tank, that's an incredible 45km per litre. 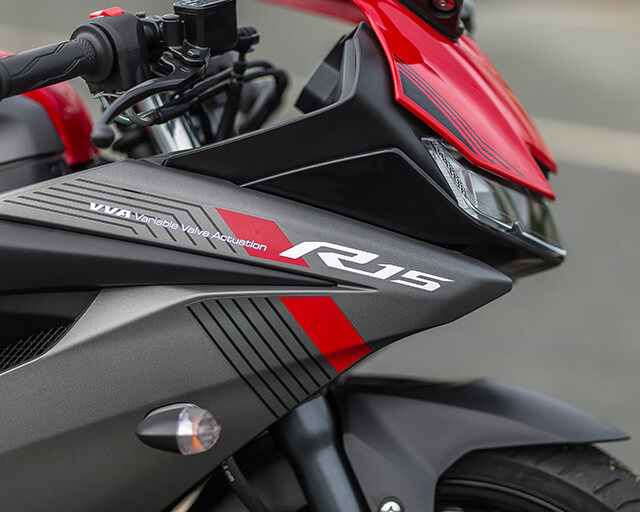 The cylinder head features two inlet cams: one for low to mid-range rpm and another for high rpm. The switch between the two rocker arms is carried out by a solenoid motor activated at a predetermined rev-range. The result is high revving performance without sacrificing low-to-mid-range torque and rideability. The technology delivers an 18.3 percent increase in power from just a three percent (5cc) increase in engine capacity. 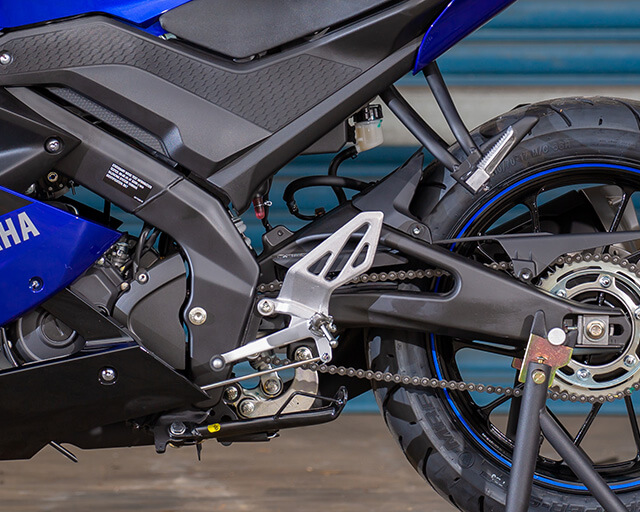 A 20mm increase in width between the left and right pivot points on the updated Deltabox frame, now 221mm, has allowed the fitment of a new delta-shaped swingarm. Reinforcement of the swingarm is by internal ribbing, to accommodate a wider 140/70-17 rear tyre on the wider rear wheel. 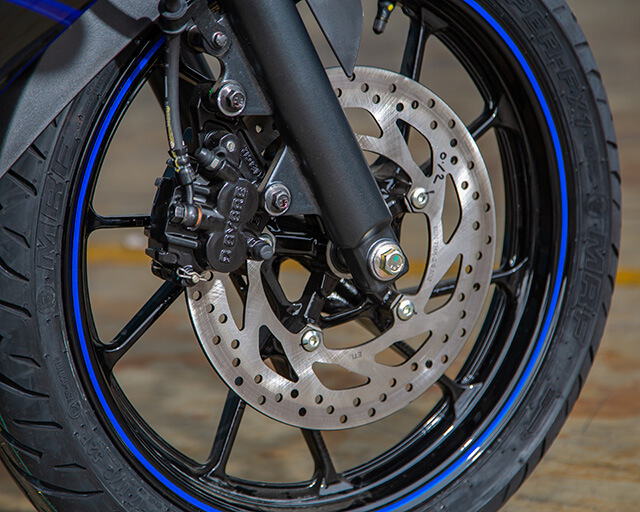 Braking performance has been increased with a new 15mm larger 282mm front brake disc and twin-piston caliper. At the rear is a 220mm disc with a single-piston caliper. 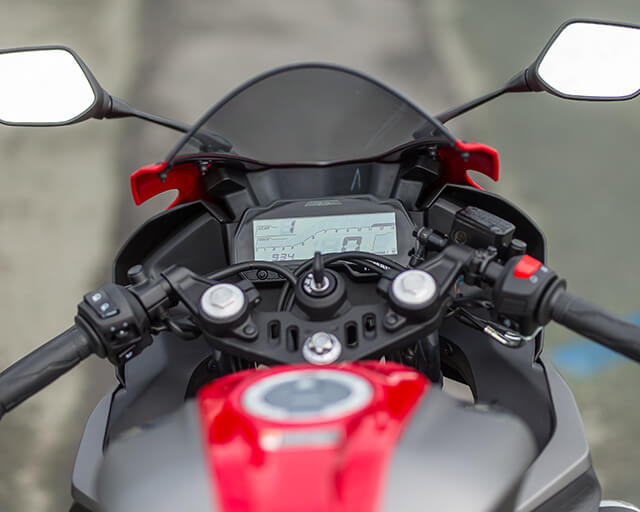 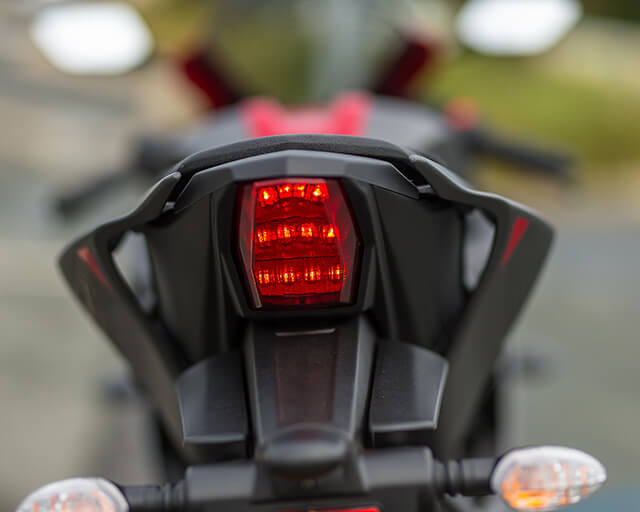 The racing-inspired bodywork is now more aerodynamic, featuring a central air intake and layered fairings. An indentation in the top of the fuel tank optimises the rider's tuck position. Fuel capacity has been reduced by 1-litre to 11-litres for a more streamlined design. 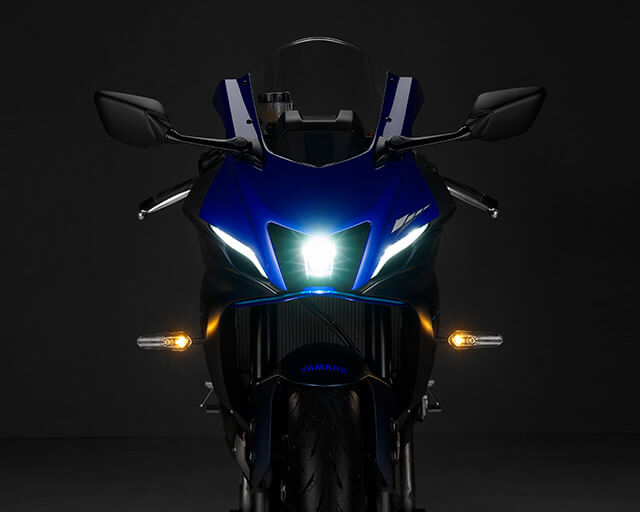 The iconic R-Series M-shaped intake duct and twin-eye front design of the new YZF-R7 houses an adaptive bi-functional LED headlight. The R7 is also equipped with a new LED taillight and front and rear turn signals. Light and compact, the new LED lighting complements the next-generation style of the bike and reinforces the premium specification of the supersport class. Not only do the LEDs offer long life with minimal power draw, they provide brilliant illumination for confidence and visibility day or night. 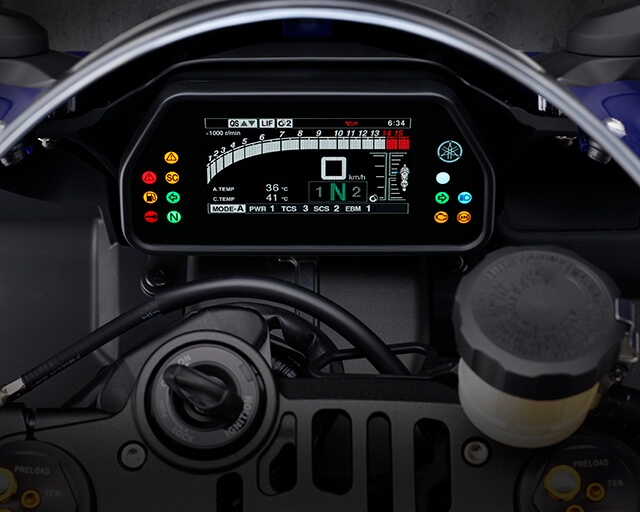 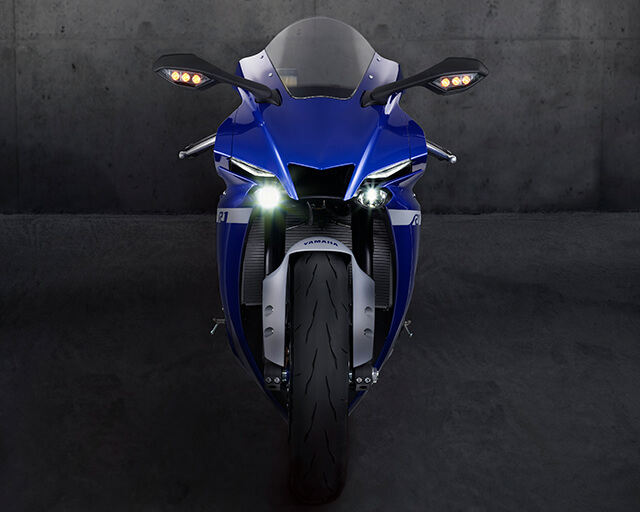 New lightweight, compact LED twin headlights for both the low and high beam, combined with the redesigned body styling to create a new front face symbolising the next-generation of R-Series design.