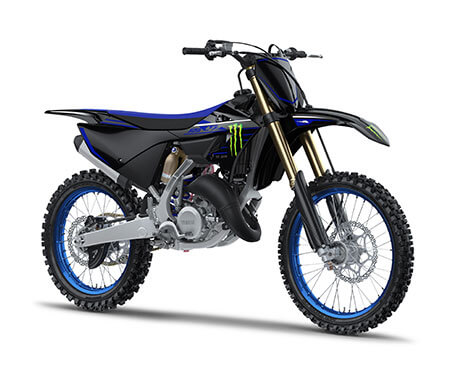 The new 2022 YZ125 represents an important evolution in Yamaha’s two-stroke lineage. As the first full model change to the iconic model in more than 15 years, Yamaha engineers put considerable thought into developing a motorcycle that would be both dominant on the racetrack and user-friendly for developing riders looking to bridge the gap between recreation riding and competitive motocross.

Rideaway Price
$ 11249
Ride away price is based on the manufacturer's recommended retail price (MRRP) for a private buyer, 12 months registration, 12 months CTP, stamp duty and recommended dealer delivery fee. For non-road registerable models, ready to ride price includes the MRRP and dealer delivery fee. Actual ride away / ready to ride price may differ depending on choice of dealer and individual circumstances. Contact your local Yamaha dealer to confirm pricing. Yamaha reserves the right to vary the ride away / ready to ride price at any time.
Secure yours today 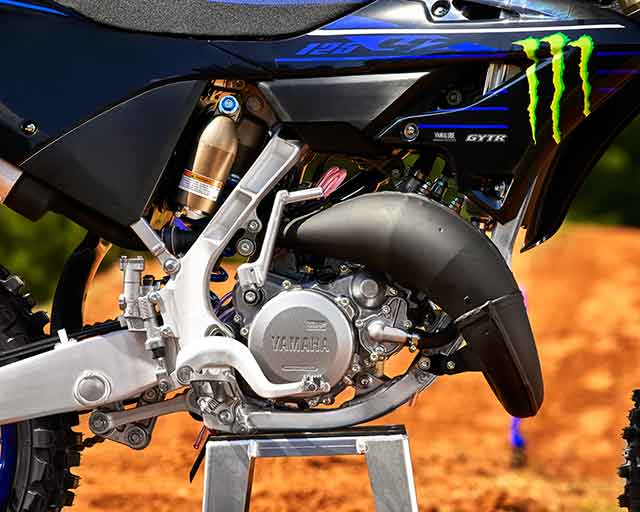 The all-new 125cc 2-stroke engine is the most powerful unit ever used on the YZ125, and it develops a higher performance in the mid to high rpm range and offers improved usability. This has been achieved by developing an all new cylinder head, piston and cylinder, con rod, crank, YPVS as well as redesigning other major components. 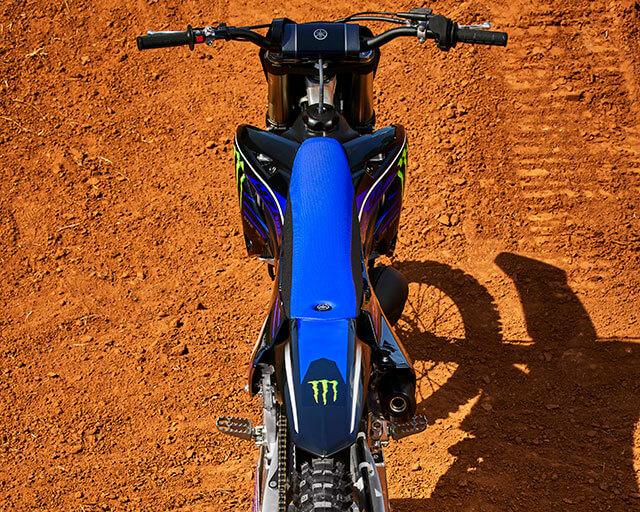 Bodywork is the slimmest ever, with the area between the rider's knees 36mm narrower than on the previous model, and the athletic and modern body design underlines the YZ125 Monster Energy Yamaha Racing Edition's lightness and compactness. The reduced dimensions improve overall rider mobility and reinforce this lightweight racer's feeling of agility. 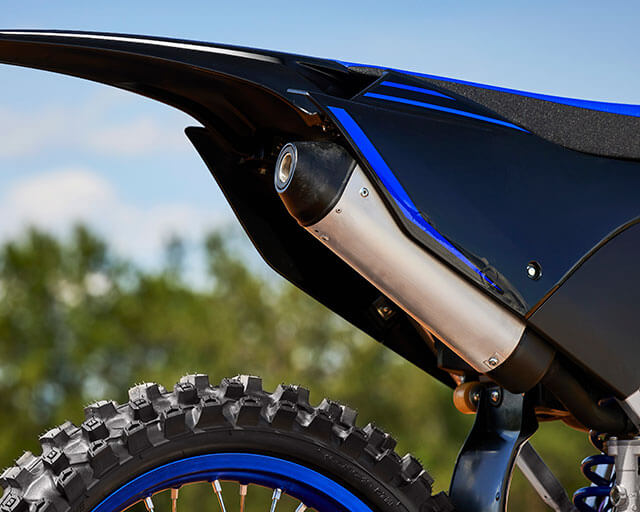 Following extensive testing Yamaha's engineers have developed a new intake system. The whole area around the airbox has been redesigned including the seat base, rear frame and sidepanels in order to reduce air resistance, making a significant contribution towards increased intake efficiency. 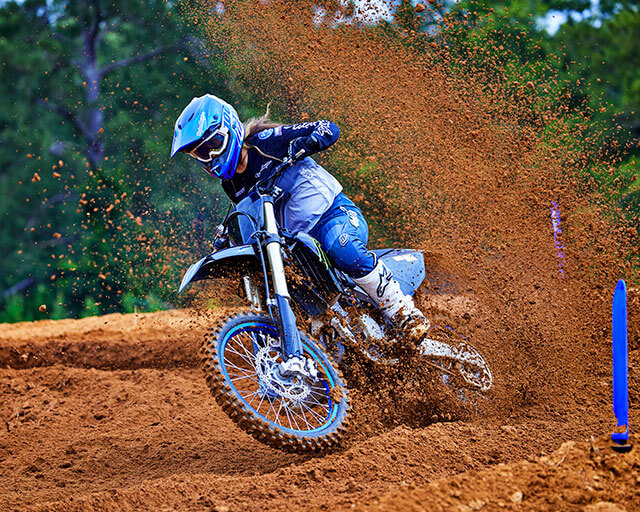 The YZ125 Monster Energy Yamaha Racing Edition is equipped with a Keihin PWK 38.1mm carburettor featuring a solenoid controlled Powerjet that instantly delivers its fuel/air mix for even more explosive performance, giving a real advantage out of the gate and when accelerating hard out of corners. And the new TPS (Throttle Position Sensor) and 3D map controlled CDI ensure optimised ignition timing, while the new VForce reed valve assembly provides optimum intake efficiency at all engine speeds. 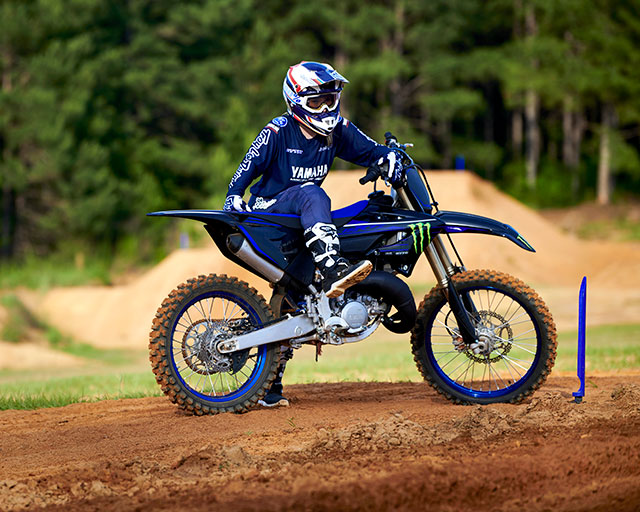 The YZ125 Monster Energy Yamaha Racing Edition has got to be the ultimate YZ125 ever built by Yamaha. Its exclusive factory team graphics combined with dynamic bodywork in Monster Black with blue accents and blue wheels give you the opportunity to own and race your very own replica bike! 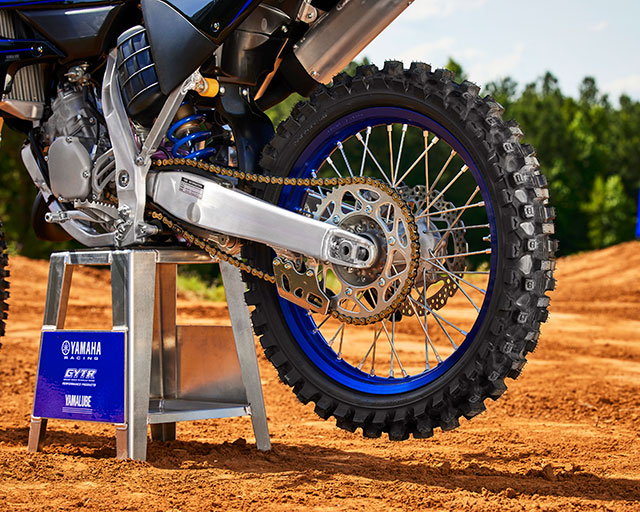 The transmission has been redesigned and features a new set of internals to handle the YZ125's dramatically increased maximum power output, and a redesigned shift mechanism gives a smoother shift feeling. The secondary reduction ratio is slightly increased with the use of a 13/49 front/rear sprocket set, and for better driveability the transmission runs with slightly reduced 5th and 6th gear ratios. 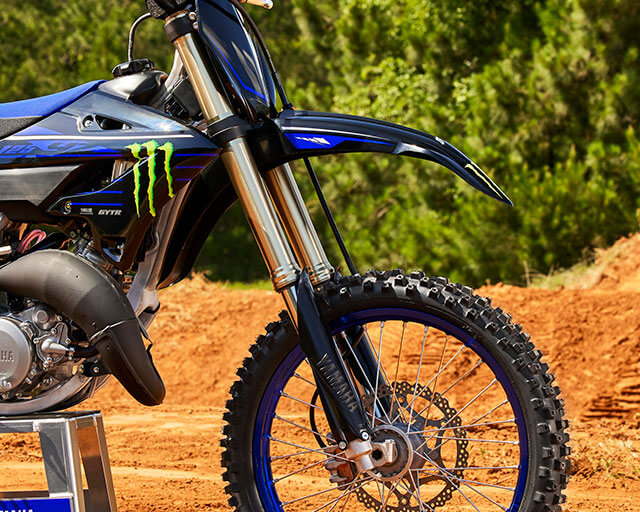 Yamaha's SSS (Speed Sensitive System) KYB front forks are widely regarded as being amongst the best designs available on a production motocross bike, and the new model features revised low speed damping settings on both the front and rear suspension systems for better handling characteristics. 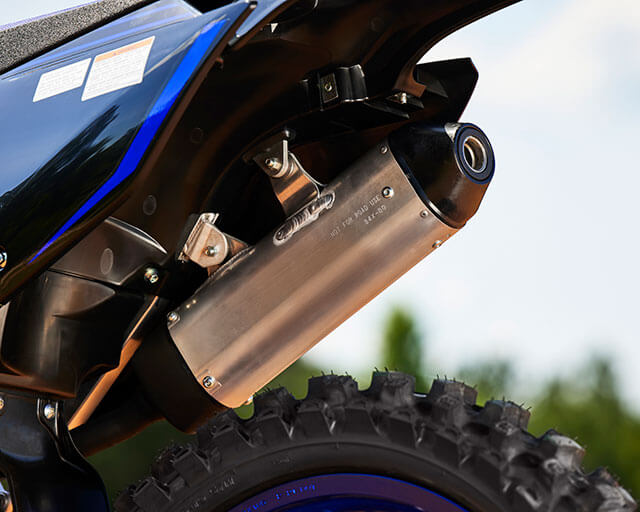 Complimenting the performant aluminium semi-double cradle frame, the new rear frame on the YZ125 Monster Energy Yamaha Racing Edition is designed to enhance air flow into the carburettor, and a new style cross member facilitates the use of a new single bolt fixing for the seat – for quicker and easier maintenance. The new rear frame also accommodates a new mounting point for the 50mm shorter silencer. 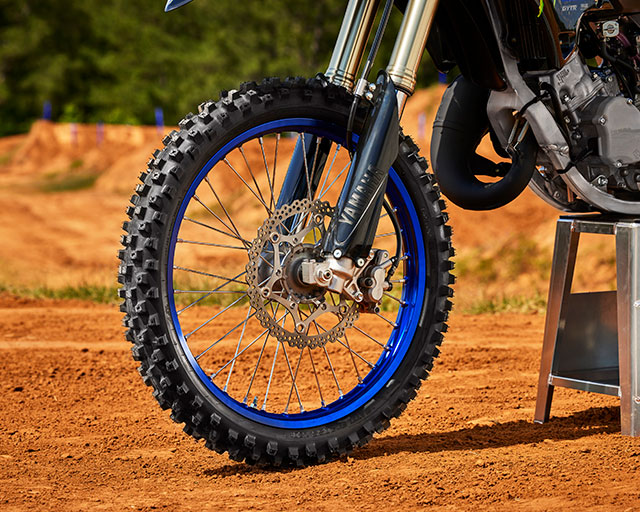 The brakes on the YZ125 Monster Energy Yamaha Racing Edition have been redeveloped to handle the increased performance. The front disc diameter remains the same at 270mm, but a new more rigid twin-pot caliper is equipped with larger 25.4mm pistons and new pads with an increased contact area for more powerful braking. For the rear disc, the diameter is reduced by 5mm to 240mm while the pad area remains the same.